A day of Hungarian cuisine

Home / A day of Hungarian cuisine

In cooperation with our guest of honour, the town of Baja, we have started our autumn season with an introduction to the Hungarian cuisine and an open day held at the Hungarian Institute of Zagreb. On this particular occasion we introduced the lovely Hungarian town of Baja and the famous and unique Baja fish soup, which prides itself on being one of the notable trademarks of Hungary, the so called “Hungarikum”. Right in front of the institute, at the European square, townspeople of Baja, colleagues of the Embassy of Hungary in Zagreb and the representatives of the Council of the Hungarian National Minorities of the City of Zagreb were preparing the delicious Baja fish soup, while the members of the Aladics family winery from Nagybaracska were hosting a wine tasting introducing their outstanding wines. The large group of participants and audience were greeted by the Hungarian Ambassador József Magyar, the event was officially opened by the mayor of Baja, Róbert Fercsák, while the festive atmosphere was provided by the Čabar music band. Prior to the opening of the event, Milan Bandić, the mayor of Zagreb received a courtesy visit by Róbert Fercsák, the mayor of Baja, and Józsefné Markovics, the president of the local Croatian Council. Townspeople of Zagreb thoroughly enjoyed the toothsome fish soup, and we will be looking forward to carrying on this tradition of introducing mouth-watering Hungarian meals and wines next year, too. 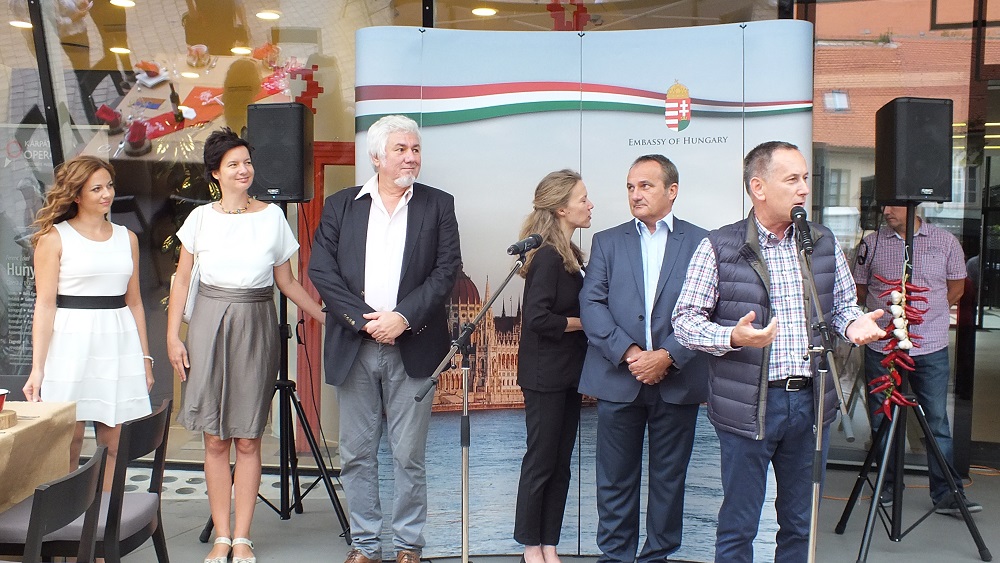 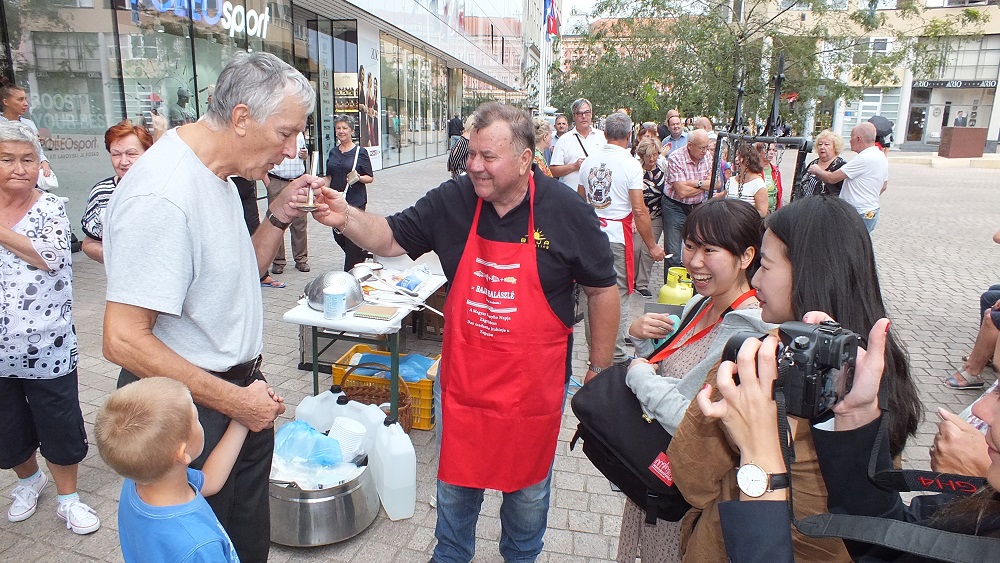 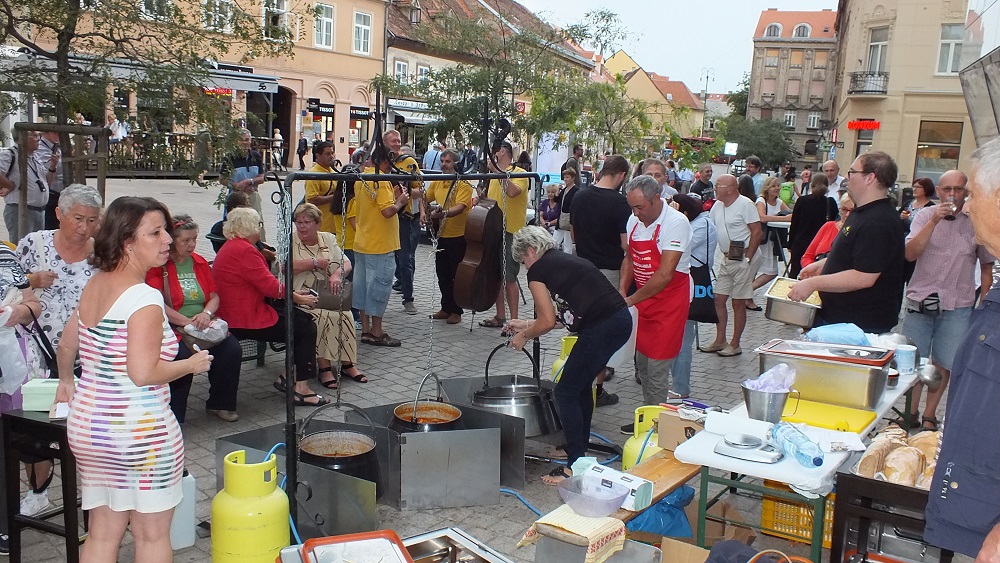 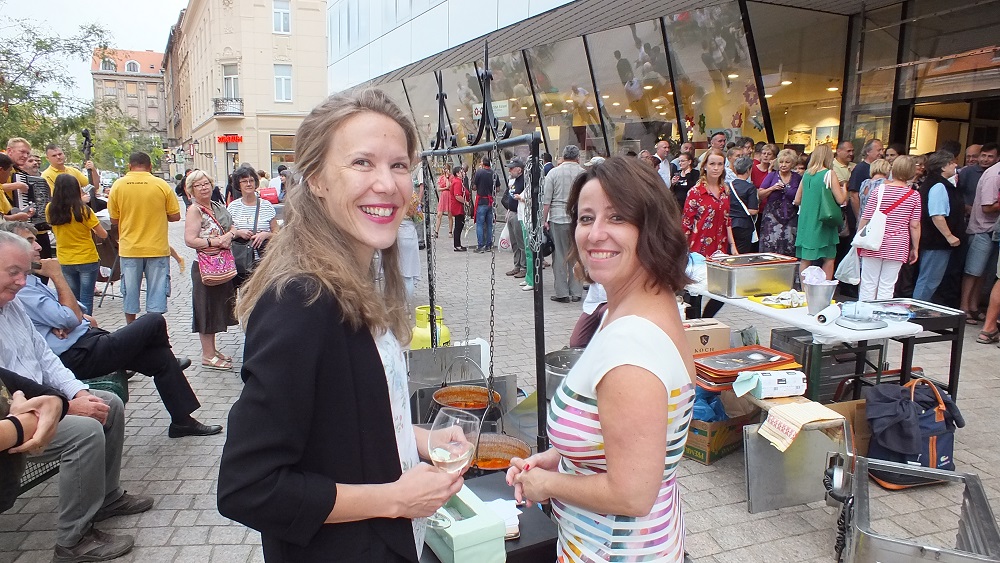